Yesterday I began a list of ten independent Bay Area book publishing companies, all of which are producing interesting work, though each has its own unique personality and focus. Today I continue with nos. 6-10. 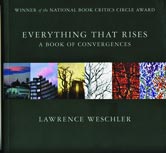 Probably best known for the literary journal begun by Dave Eggers in 1998, McSweeney’s also publishes books. Some good literary authors have been published by McSweeney’s, including Michael Chabon, Stephen Dixon, Nick Hornby, William Vollmann, and Lawrence Weschler. I think McSweeney’s was surprised to learn how difficult this kind of publishing is, and I believe they are currently offering many titles at steep discounts. Literary publishers always need and deserve support. (McSweeney’s is out of alpha order because I dropped a publisher whose list did not stand close scrutiny.) 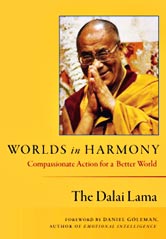 Parallax Press publishes one thing, and they publish it well — Buddhist-related titles. They specialize in books by Thich Nhat Hanh, but they have also published Maxine Hong Kingston, the Dalai Lama, the Korean writer Ko Un, and others. I think they are still in the same building — a small old church that people used to call “the church of the book” — that used to house North Point Press back in the 1980s. Shown is Worlds in Harmony by the Dalai Lama. 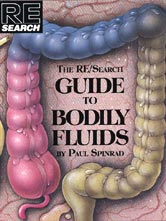 Re/Search says about itself “RE/Search is a counter-culture enterprise against the status quo/hierarchy which dictates prevailing aesthetics, technology, and everything else which controls our lives — often invisibly. The big goal is to accurately document cultural revolt/innovation wherever it may be found, not only in space but in time. We started in Punk Rock and we continue searching for that provocative “spirit/spark” wherever it manifests itself.” Their books often take off from such subjects as tattoo art, gender issues, punk expression, and pranks and hacks, frequently veering into the oddly fascinating, the disturbing, and the bizzare. Shown is The Re/Search Guide to Bodily Fluids. 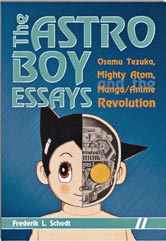 Stone Bridge, under the direction of Peter Goodman, whose lineage includes working for ten years in Japan as an editor for Charles E. Tuttle and Kodansha International, has, over many years, steadily and somewhat quietly amassed a distinguished list of titles on Japan and Japanese culture. Subject areas include language, travel, design, reference, business, popular culture, and literature, both original fiction and in translation. Shown is The Astro Boy Essays by Fred Schodt.

Whereabouts Press is run by David Peattie, who was an associate of mine at Mercury House. The press takes its name from the title of a book by Alastair Reid. Whereabouts publishes “travelers’ literary companions” — anthologies of literary writings devoted to popular travel destinations — and other travel-related titles. Among the editors of their anthologies are Peter Bush and Lisa Dillman (Spain), James McElroy (Ireland) C. M. Mayo (Mexico), and Lawrence Venuti (Italy). The literary companions are published in a uniform format, as shown with Amsterdam, edited by by Manfred Wolf.

There is great diversity among Bay Area independent publishers. Which means there should be something for everyone.