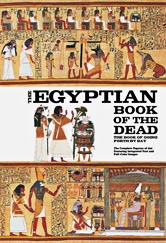 Steve Rubel, one of the sharpest web marketers (and a prolific tweeter) claims that  “five years from now all media will either be completely digital or well on its way to becoming intangible.”

I’ve had a website since 1994. I’m glad content is being digitized. I love being able to find stuff I don’t have in my own library without even having to leave the house. Sometimes I wonder how we ever even did research before the internet.

But I don’t believe that print is dying.

I want to make a bet with you today. By January 2014 I will wager that in the US almost all forms of tangible media will either be in sharp decline or completely extinct. I am not just talking about print, but all tangible forms of media – newspapers, magazines, books, DVDs, boxed software and video games….

When was the last time you bought a CD? Exactly. For me it was back in 2003. I haven’t purchased a newspaper in at least two years and the number of people who I see toting them on my morning train have declined too. I canceled my last print subscription this month and I am now living 100% “media green.” Also I recently signed up for Safari Books Online and I am liking it a lot, though it’s pricey and their iPhone client needs a lot of work….

Well, I bought a CD last week, and I read two or three newpapers every day, but never mind that. There’s no question there’s been a migration of content from print to digital. Which is fine. Some kinds of print can’t compete with digital and will die out.

But print is not dying — it’s changing. It’s happened before. Consider the history of the book. Books were once luxury products for an elite class. In Asia, where printing with movable metal type was perfected, print was not used as a mass media —  instead, it was a technique of standardization. Massive social change associated with the European Renaissance is what caused print to take off as a form of mass media. Now that phase of print may be drawing to a close.

But the book remains a perfected technology. Gutenberg’s work is still perfectly usable. Try that with software from even twenty years ago. The book is portable, it supports multimedia (words and pictures), it is platform independent, and you can move around in a printed book effortlessly, often finding what you are looking for even faster than you can with electronic search. You can, if you choose to, annotate the text easily.

You won’t win on quick distribution, and you won’t win on price. Cyberspace has that covered. Go back to an old-fashioned idea: that a book, printed in ink on durable paper, acid-free for longevity, is a thing of beauty. Make it as well as you can. People want to cherish it.”

Print might be dying to a greater or lesser degree as a mass media product but I would take Rubel’s bet any time. The sociology of print is changing, as it has done before, but books will continue to be made, read, and cherished.

The Passion of Saint Rudolph