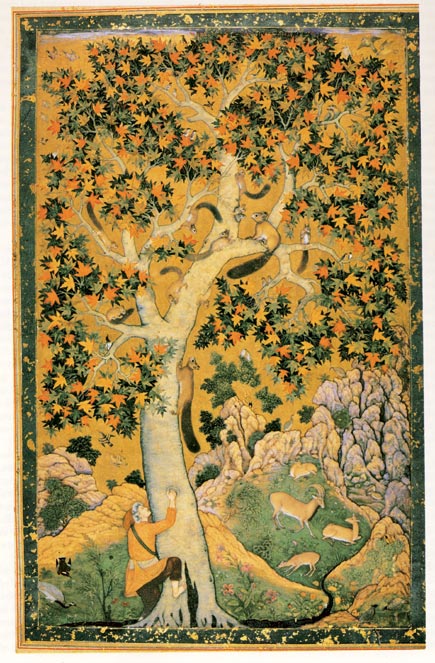 This image is by the great Mughal painter Abul Hasan (I devote a few pages to him in the book I’m currently working on). Usually called “Squirrels in a Plane Tree,” it was painted by the artist when he was about seventeen. The solid flat background and stylized elements reflect the Persian painting tradition. Later Hasan would move more toward Western-style naturalism.

When I showed this image to Ellen she said, “Oh, the reason you like it is because it looks just like Caps for Sale.” “You’re right!” I said. I hadn’t thought of that comparison, but when our girls were little we used to enjoy that book by Esphyr Slobodkina. It was about a cap peddlar who carried his caps stacked on top of his head. One day he went to sleep under a tree (the cover inverts this, with the peddlar in the tree and monkeys on the ground). 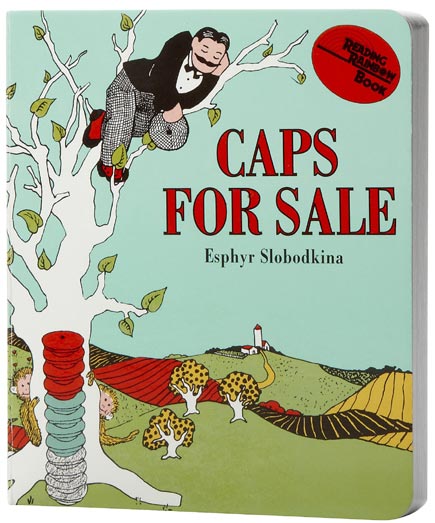 While he was sleeping his caps were stolen. Looking up, he saw many monkeys in the tree, each wearing one of his caps. “You monkeys you!” he demanded. “You give me back my caps!” (Eventually he gets them back.) 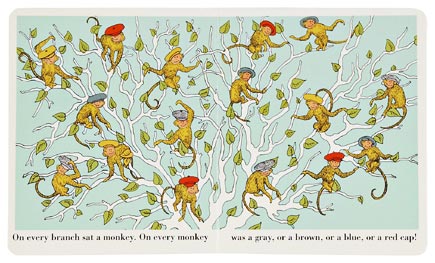 Stylistically the Caps illustrations and the Hasan painting are not as close as memory made them seem. One of the most obvious differences is that the trunks and branches of the Caps tree are nothing but white space, an interesting strategy. By contrast, in Hasan’s painting the trunk and branches of the tree are one of the most volumetrically shaped elements in the painting.

Despite the differences they do share something of a similar spirit. And both are wonderful.