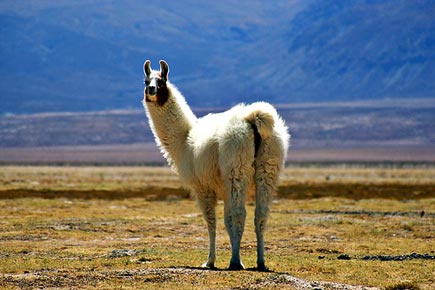 When you attempt something ambitious you’re bound to make some mistakes along the way. I’m sure the book I’m working on will have its fair share (recently I realized I had confused the Mughal painters Bichitr and Bishandas). But sometimes a mistake is so stunning that it’s hard to recover from.

I was finding Charles H. Parker’s Global Interactions in the Early Modern Age, 1400-1800 generally interesting and credible. Then I came upon this sentence:

The lack of any indigenous pack animals, except for the llama, and the absence of a wheel meant that humans formed the primary source of portage in Mesoamerican trade.

Probably another reason Mesoamericans depended on humans for portage is that the nearest of their “indigenous” llamas was nearly 2000 miles away in the South American Andes.

This reminds me of a visit to the market in Chichicastenango in Guatemala a few decades ago. The blanket vendors all touted their blankets as pura lana, which means “pure wool.” At the market I met a foolish young Spanish-challenged gringo carrying a blanket he had bought. He’d paid a high price, but it was worth it, he assured me, proudly proclaiming it “pure llama!”