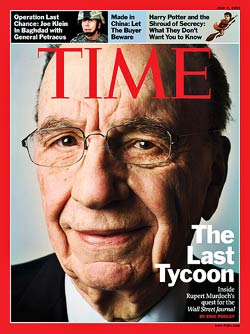 It’s time to get back to the discussion of the dilemma of independent book publishing, following holidays that were more disruptive than I anticipated.

This project began when I discovered that the large changes in the publishing industry over recent decades were not necessarily known even by some who were generally knowledgeable about books.

A caveat before we go on: I’m a guy who likes to make and sell books and knows how to do the various aspects of this. But I’m neither a historian of publishing nor an industry journalist, exactly – I don’t even subscribe to Publishers Weekly anymore. So I can make mistakes. What I would like to establish, however, are the large trends. If I get some particulars wrong, well, as the Chinese literati used to write on their paintings, “Please correct me.”

Last time we saw the storied presses with the country’s longest and most distinguished publishing traditions gobbled up by a handful of giant international corporations. (Thanks to several people who added helpful comments qualifying and fleshing out my account.) Now we have reached the point where a few corporations control most of the country’s book publishing.

In 2003 Publishers Weekly wrote that the five large New York publishers (Random House, Penguin, HarperCollins, Simon & Schuster, and Time-Warner) accounted for 45% of the market’s sales. But these publishers are only parts of the larger entities, which often own many publishing companies. In 1999 Andre Schiffrin wrote that the top 20 publishers accounted for 93% of all sales, and in 2000 he said that 80 percent of book sales are controlled by five corporations: Bertlesman, News Corp, Time-Warner, Disney, and Viacom/CBS.

Today we’ll take a look at these corporations and quickly survey what other sorts of things they own in addition to book publishing companies. In what follows, I use the word “own” for convenience; often control is shared in complicated ways, and “has a major stake in” would be more correct.

Those are just some highlights. A full list would be too exhausting to produce, and — like the crew who paint the Bay Bridge by starting over at the other end each time they finish — by the time you had reached the end of the list properties would have been exchanged and new ones brought into the fold.

Next time we will consider some of the implications of the broad reach of these corporations.

More posts in this series: part one | part three