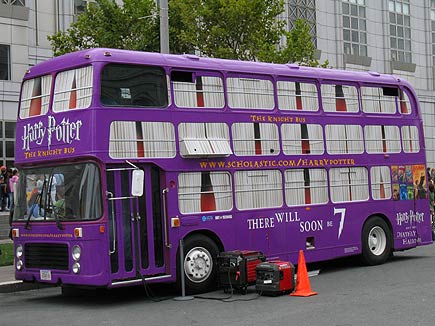 As Robert Peake noted in a comment to a previous post about David Lassman’s somewhat pointless exercise in submitting Jane Austen’s work for (re-)publication, publishers’ manuscript screening processes are flawed, “and such flaws are only exacerbated in a deluge. The current fiction publishing markets, like the poetry markets, are just flooded.”

That is true — at Mercury House I published maybe a couple dozen books a year, against something like 3,000 submissions. Such a flood of submissions strains resources, and it is difficult as an editor to sustain top-level judgment; at least, I know I had lapses.

That’s why on this Harry Potter weekend it’s good to recall that eight publishers passed on the first Potter book before it was accepted by Bloomsbury. (And 27 publishers rejected the first Dr. Seuss, 22 rejected Joyce’s Dubliners, etc. etc.) It’s a frustrating process, but authors should not obsess over rejection — you don’t know what was going on at the other end of the transaction. If you have lost a sale it is better to move on than to linger over the loss or despair of ever succeeding. Life under the stairs might not be forever; Hogwarts awaits.