While waiting for the Super Tuesday results to come into focus, let’s spend another day on Photoshop before shifting gears to another of our topics. The other day I talked about faking a tilt-shift effect, which basically involves blurring a gradient mask. Because I was blogging from home, where I don’t have a recent version of Photoshop, I used a Gaussian blur instead of a lens blur.

So what’s the difference? In theory, there’s a fundamental difference, which can clearly be seen in the following chart based on a Russell Brown presentation reported on Computer Darkroom. 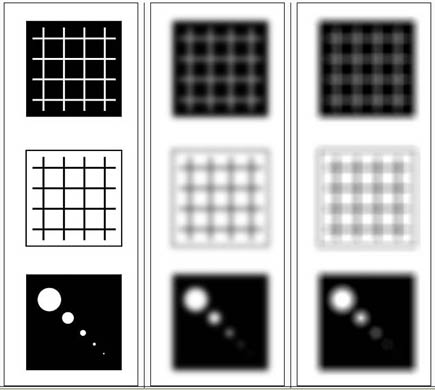 You can see that Gaussian blur, in the middle column, erodes edges and grays white areas, while lens blur, in the right column, applies a geometric (somewhat hexagonal) effect similar to that of a camera lens without dulling highlights.

In the real world, however, the results may not be as noticeable. Here is an image with a Gaussian blur (top) and a lens blur (bottom). Because they use different metrics, it was difficult to get the amount of blur identical; nonetheless, the results look fairly similar — maybe the lens blur is a little crisper. That could partially be because I didn’t blur it quite as much, but I think its range of tones is also a little different. 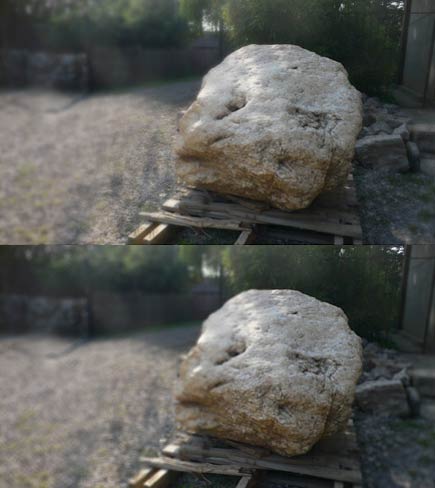 I’m getting to like the lens blur effect. It feels like it gives you a little better control. Right now I’m working on a book about the Chinese artist Zhan Wang. For this book I’ve applied some selective lens blurring to some of the images. Following is an example — original photo on top and modified photo beneath. For this image I applied a quick mask to select the figures and foreground rocks, then lens blurred the rest. (Of course I also did my usual adjustments.) Do you like this effect? 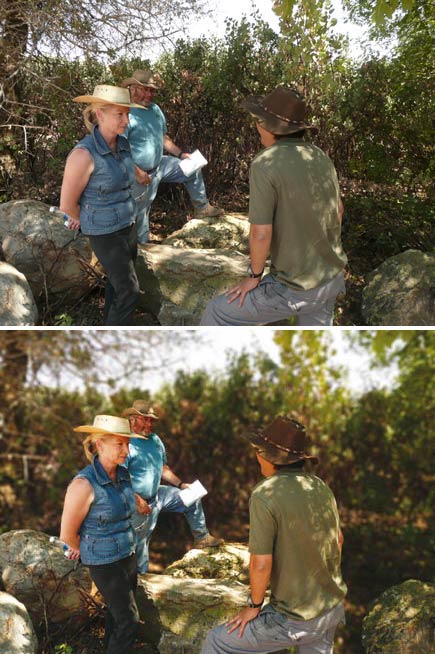