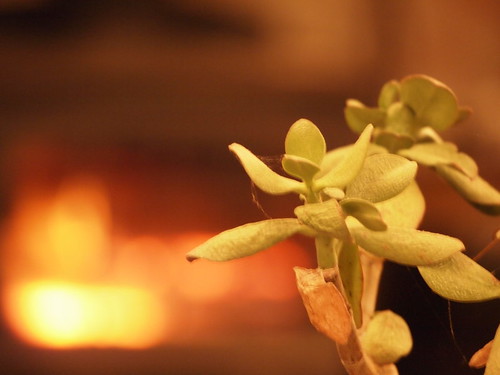 This photo of a jade plant in front of the fireplace was taken with my new camera, an Olympus E-PL2. This is a mirrorless camera in the micro four thirds format (so called for the 1.33 in. size of the sensor, I think). The best thing about the fairly new mirrorless cameras is that they employ near-DSL-size sensors in point-and-short-sized bodies (although eqipped with anything other than a pancake wide angle lens they are not really pocket sized). Within the mirrorless category, the u4/3 system is nice because some major camera manufacturers (notably Olympus and Panasonic) got together and agreed on specifications for the system. This means that within the u4/3 system you can buy a camera body from one company and make use of a lens from another company. The E-PL2 is a couple of years old, but it was offered at a great price, and the lenses are the same as on the current models (such as the OM-D-EM5, which is great but lists for $1300 on Amazon).

For more examples, I have some garden photos like this one posted at Frisco Vista. 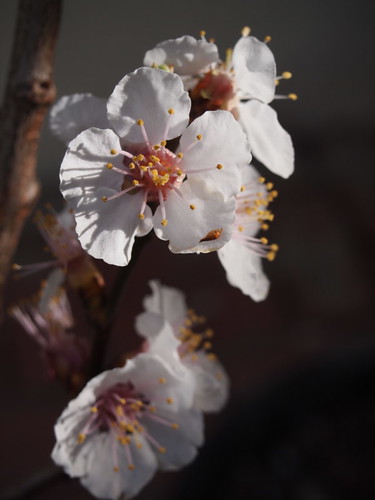 And low-light examples like this one from the Asian Art Museum’s Terracotta Warriors show at 7Junipers.