Which brings us to the present. Are we seeing a trend to patches of irregular shapes? 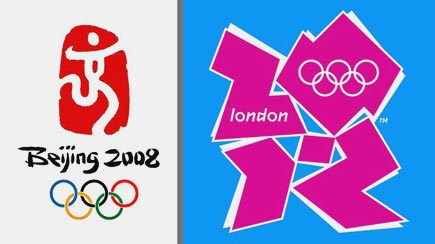 The Beijing poster is okay, but it’s hard for me to imagine any graphic designer wanting to follow in the footsteps of of Wolff Ollins, who designed the London logo. And yet, the design has its champions:

So there you go. What “young people around the world” want is random jaggy magenta crap. Because that’s inspiring. And because, after all, it’s not a logo, it’s a brand.

Update, 21 August: Subtraction on Graphic Design at the Games