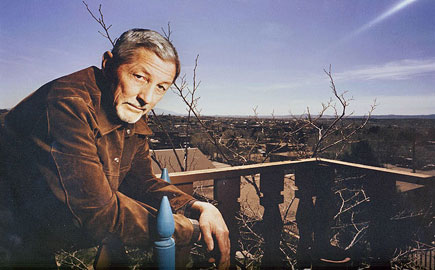 I got this nice blurb from Evan S. Connell (and to me that’s not boring at all). It’s great to get recognitions from a distinguished author not just of fiction (Mr, Bridge, Mrs. Bridge, etc.) but also of histories (Son of the Morning Star,etc.). Among his other honors, Evan was nominated for a Lifetime Achievement Man Booker Award.

I was a little anxious about blurbs for this book. I’ve been in museum publishing for so long that my literary rolodex had got pretty stale. But the blurb process has actually gone pretty well. I’m expecting one or two more to come in (I probably overdid it and should have left some for next time).

Right now the blurbs are looking something like this:

“Shakespeare may have died in 1616 (as incidentally did Cervantes—on the same date!) — but here we have Love’s Labour Found. A brimmingly generous intellectual feast, lavishly curated by Mr. Christensen — on every page a fresh marvel — the catalog, as it were, of a show just asking to be mounted, and the Show of the Year at that.” (Lawrence Weschler, Pulitzer Prize ­Finalist for General Nonfiction for Mr. Wilson’s Cabinet of Wonder)

“With its stories of restless spirits and restless feet and its truly amazing images from Japan to Persia to Rome, this book will surprise and delight every reader and provide new insights into an interactive early modern world.” (John E. Wills, Jr., author, 1688: A Global History)

“With a masterful command of facts and data, Christensen shows how separate threads affected one another, transformed discourse, and contributed to the development of a truly global culture fully four centuries ago.” (Emily Sano, director emeritus, Asian Art Museum, San Francisco)

“Unforgettable characters and stories that illuminate many of today’s global aches and joys.” (Peter Laufer, James Wallace Chair in Journalism at the University of Oregon, and author, The Dangerous World of Butterflies)

“A brilliant creative examination and interpretation of the developed world’s recent history:  east, middle, and west. Christensen documents the main civilizations of East Asia, South Asia, the Near East, and Western Europe and the significant colonial civilization in Central and South America. A treasure of plates of art and maps alone.” (Gary Snyder, Pulitzer Prize for Poetry for Turtle Island)