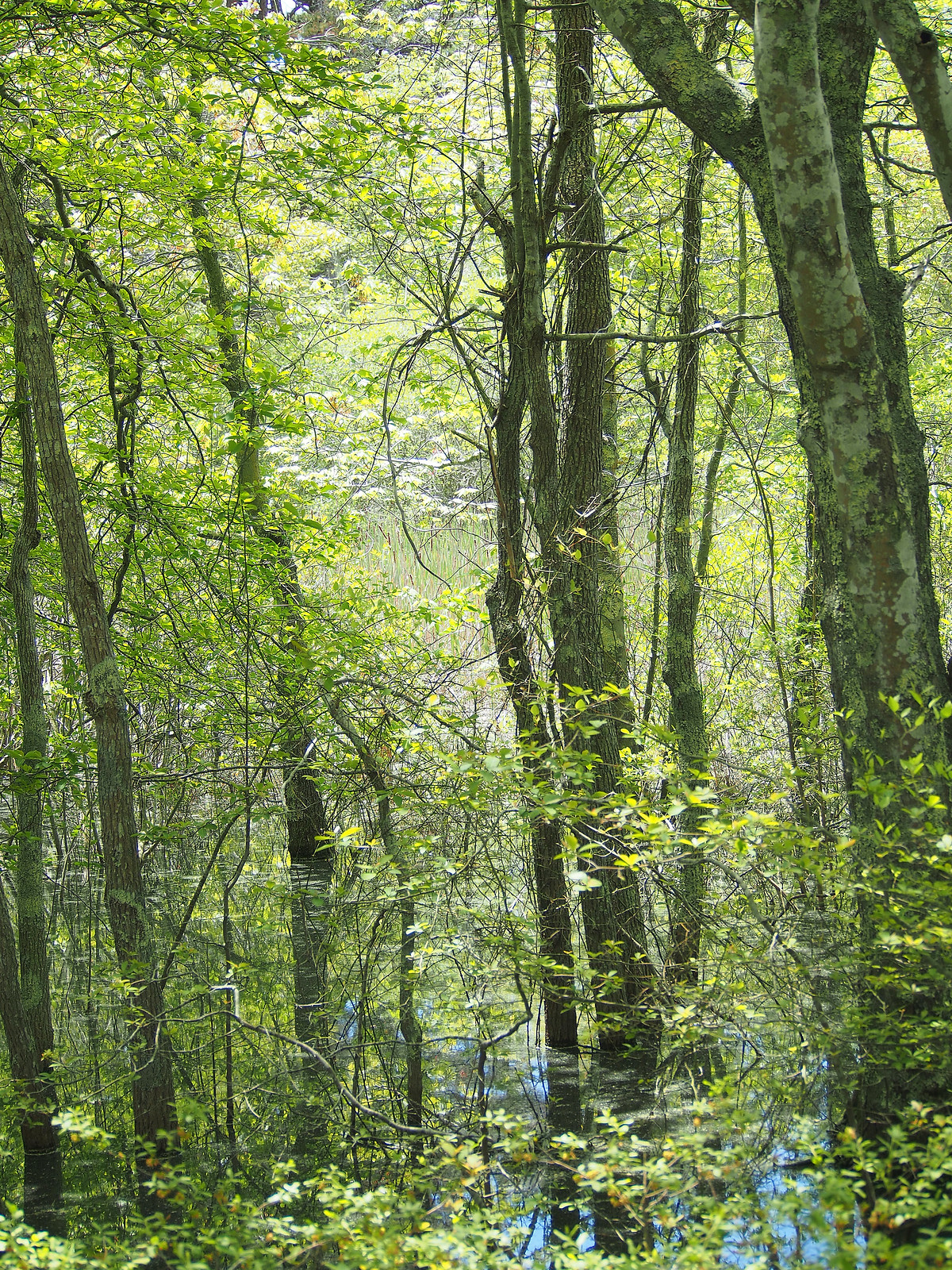 Beech Forest, in the Cape Cod National Seashore near Provincetown, offers a glimpse of the original arboreal landscape of the cape. According to the National Park Service,

In the period before European settlement, Cape Cod was covered largely by pine-oak forests, interspersed with smaller areas of hickory, beech, red maple, and birch. In the 18th and 19th centuries, much of Cape Cod consisted of open heathlands and grasslands created and maintained primarily by the agricultural practices of early settlers that included cutting, grazing, and burning. The cessation of these activities by the mid-1800s allowed trees to re-invade the landscape and forests now occupy the largest land-surface area and biovolume of any vegetation community.

Currently, the sole remnant of beech forest is this preserve at the northern end of the cape. The forest is in a low-lying area that was not worth logging. The trees, which don’t seem to mind wet feet, surround ponds covered with lilies and lined with reeds and other marsh vegetation. Wildlife is abundant and melodious birdsong fills the air.

There are bicycle and hiking trails that lead all the way to the dunes (about three miles). In past, the Provincetown Fire Department set up lights to illuminate the ponds for winter skaters, but I don’t know if this tradition continues. 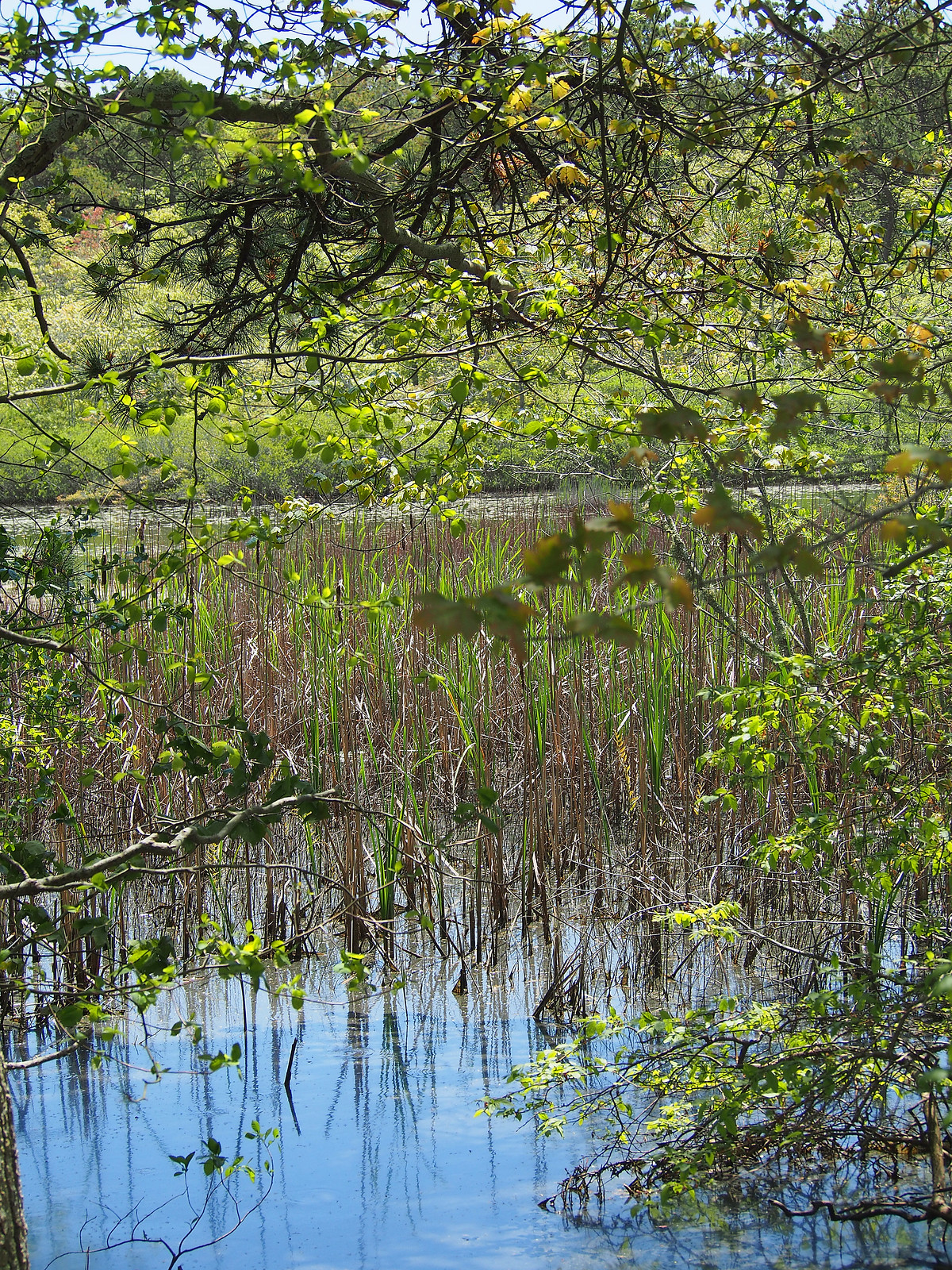