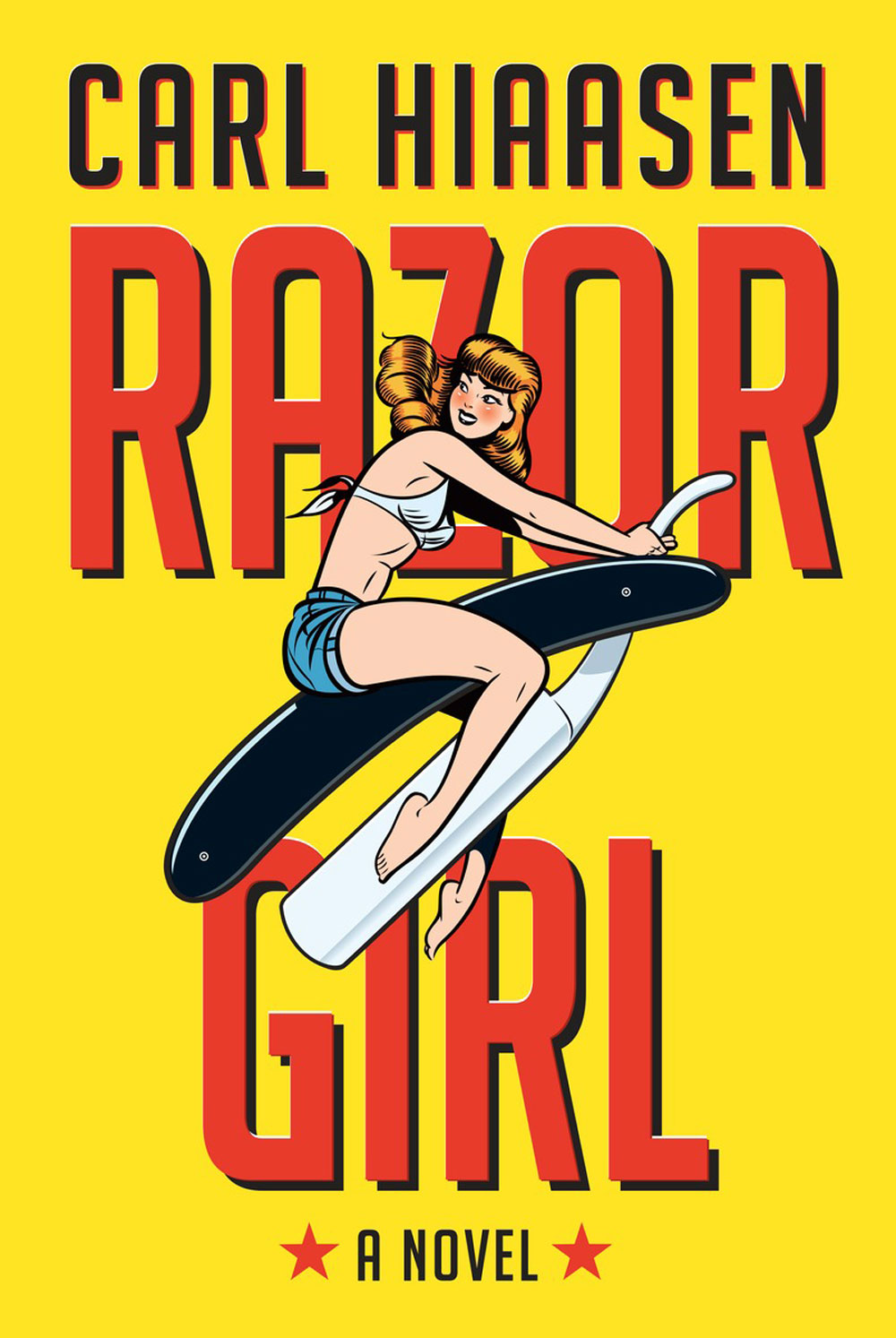 I read Carl Hiassen’s Razor Girl after seeing several rave reviews, such as two in the New York Times (“irresistible”  and “elegant”), one from NPR (“hilarious”), and one in Kirkus Reviews (“unbridled fictional invention”). The book is currently no. 2 on the NYT hardcover fiction best-seller list.

I had read Hiaasen before, so I knew what sort of thing to expect. While the novel mostly delivered on expectations, I did not like the book so much as those reviewers. A few thoughts:

The story arc did not contain many surprises, though Hiaasen certainly makes the details distinctive. This is a diverting book that you will probably want to read quickly so that it doesn’t take up too much of your time.