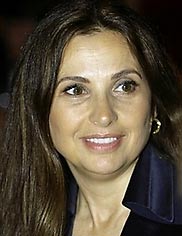 Judith Regan must be furious about her O. J. book being retracted. After all, she once screamed in an editorial meeting “Everybody’s a pussy here but me!”

Back in the day I used to see her occasionally at American Booksellers Association and Book Expo America events. She’s been called “hands down, the most successful editor in the book business.”

I never looked at her that way. But then, I’ve never quite got the hang of gauging success strictly in terms of dollars.

So what does she believe in? Judge for yourself. Following are some of her greatest works (alphabetical by author):