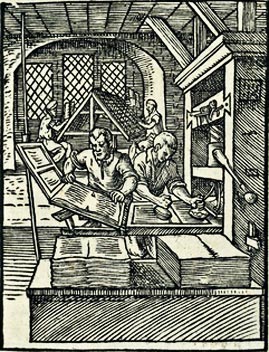 That seems to be the argument that Douglas Rushkoff is making in the August 24 Publishers Weekly. I have described previously the corporate consolidation that has caused the largest book publishers in this country to be subsidiaries of foreign-based conglomerates. For about as long as I have worked in publishing that has been a pretty steady trend, and not a beneficial one to either writers or readers.

But Rushkoff believes that era is drawing to a close. He writes:

The book business, however, was never a good fit for today’s corporate behemoths. The corporations that went on spending sprees in the 1980s and ’90s were not truly interested in the art of publishing. These conglomerates, from Time Warner to Vivendi, are really just holding companies. They service their shareholders by servicing debt more rapidly than they accrue it. Their businesses are really just the stories they use to garner more investment capital. In order to continue leveraging debt, they need to demonstrate growth. The problem is that media, especially books, can’t offer enough organic growth—people can only read so many books from so many authors.

So begins consolidation. In order to achieve the growth shareholders demand but the businesses can’t supply, corporations embark upon mergers and acquisitions, even though, in the long run, nearly 80% of all mergers and acquisitions fail to create value for either party. The music industry is a prime example. In the 1990s, when Sony could no longer demonstrate growth commensurate with its share price, it bought Columbia Music. At the time, newly invented CDs were selling briskly and at margins higher than vinyl records. This was because baby boomers were replacing their record collections. Once that surge ended, artificial growth turned out to be negative growth. The centralization of recording companies and labels under a few corporate giants, meanwhile, favored the rise of large distributors and retailers and the decline of local, specialized shops. Blame Napster if you must, but the truth is that the retail music industry no longer had anything to offer that the Web couldn’t.

The same thinking led the conglomerates to hone in on publishing. Top-heavy, centralized bureaucracies know how to work with a B&N better than with a Cody’s or a Spring Street Books. And they applied their generic corporate management to a ragtag crew of book nerds, most of whom wouldn’t—and shouldn’t—know a balance sheet if their lives depended on it. Finally, unable to grow as fast as their debt structures demanded, these corporations have resorted to slashing expenses.