It’s easy to get so immersed in a subject that you lose track of how much of it is generally known. 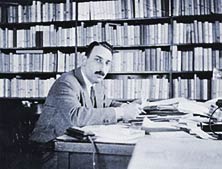 I’ve been talking about the difficulties of independent publishing for so long that it began to seem to me that the subject was common knowledge. Then a comment on this blog made me realize that I needed to take a step back. So, over the next few days, I will do a quick overview of the plight of the independent book publisher.

Let’s start by recalling the contributions of the great American publishing companies of the 20th century. As we go along we can also see what has become of them.

Now, you might say, publishing companies are sold and merged all the time. Why does any of this matter? It is true that such changes in its landscape have been a part of publishing since the Renaissance. But:

There is no need to romanticize. I’m not saying the old publishers were better or more dedicated people than those in the business today — it’s just that there were so many more of them. Yes, we have more independents than ever in the sense that the bar to printing a book has been lowered by technology so that there are a seemingly infinite number of garage operations. But there’s a big difference between printing a book and being a publishing company.

Today 80 percent of U.S. publishing is controlled by five giant multinational corporations. In my next post we will take a closer look at who they are and how their activities affect the way books are published in this country.

Shown: Alfred A. Knopf in his office, from the Knopf Archives.