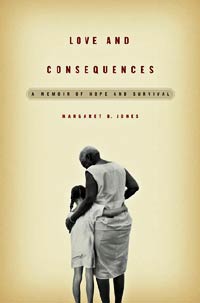 Fake memoirs are in the news again, with the usual hand wringing. No need to go into the details, which have been thoroughly reported. Instead, let’s think about what might make book editors so gullible.

Book editors are a peculiar mixture of optimism and cynicism. They begin as idealistic literature enthusiasts — they probably start with a ridiculously low-paying job, just because it’s “in publishing” — but those who survive are all too likely to get fried by the strains of book publishing (an extremely difficult business) and turn into cynics who will publish any crap if they think they can push it off the shelves.

But inside these crusty exteriors an optimist still lives. Each time a manuscript arrives on their desk they are hoping that it will be the book — the one that will sell like crazy, maybe be a critical success. The editor’s career, in fact, depends on that manuscript showing up.

So when editors find a promising memoir, they want it to be true. They are predisposed to believe. That’s the optimist in them. Meanwhile, the cynic in them says, Even if it isn’t true, who will know or care?

This might sound extreme, but I think it is fair to say that on some level many editors today despise their readers — they know they are putting out garbage, so if people are buying it, it must mean they have no discrimination. So the editor has come over time to believe that readers aren’t smart enough to question the authenticity of the book to be published. After all, they’ve swallowed plenty before now.

What can be done? If publishers care to change — and they will, if their bottom lines start to suffer — they need to take the process of vetting manuscripts out of the control of editors. A book editor is never going to be like a newspaper reporter who at least understands the concept of challenging sources (that’s another story).

The only safe way to handle this is for an independent person, a fact checker who is not reporting to the editor, to vet manuscripts whose authenticity can be questioned. Unless an approach like this is adopted the fake memoirs will continue to flare up periodically, as natural a phenomenon as sun spots.