A quick history of typography

The Porchez Type Foundry has restored a former feature of its site, a whirlwind tour of the history of typography. It says on the site that “This history, normally told from the Anglo-Saxon point of view, is from a French perspective, allowing the reader to form one’s own opinion.” It’s not evident to me what is particularly French about this history, but maybe it will become clearer in the second part, to be released soon, on twentieth century and contemporary fonts. 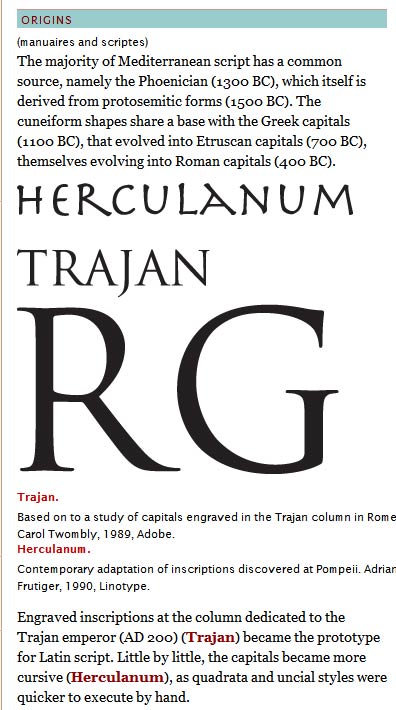