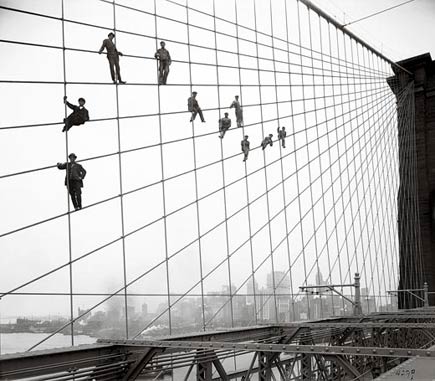 David Pescovitz of Boing Boing calls our attention to an exhibit at the Museum of the City of New York. The exhibit consists of early twentieth century photos by Eugene de Salignac documenting the rise of the modern city. Salignac had been forgotten until New York City Municipal Archives senior photographer Michael Lorenzini recognized the artistry of the photos and catalogued his work. The image above shows painters on the Brooklyn Bridge, 1914. The exhibit will be on view from May 4 through Oct 28.