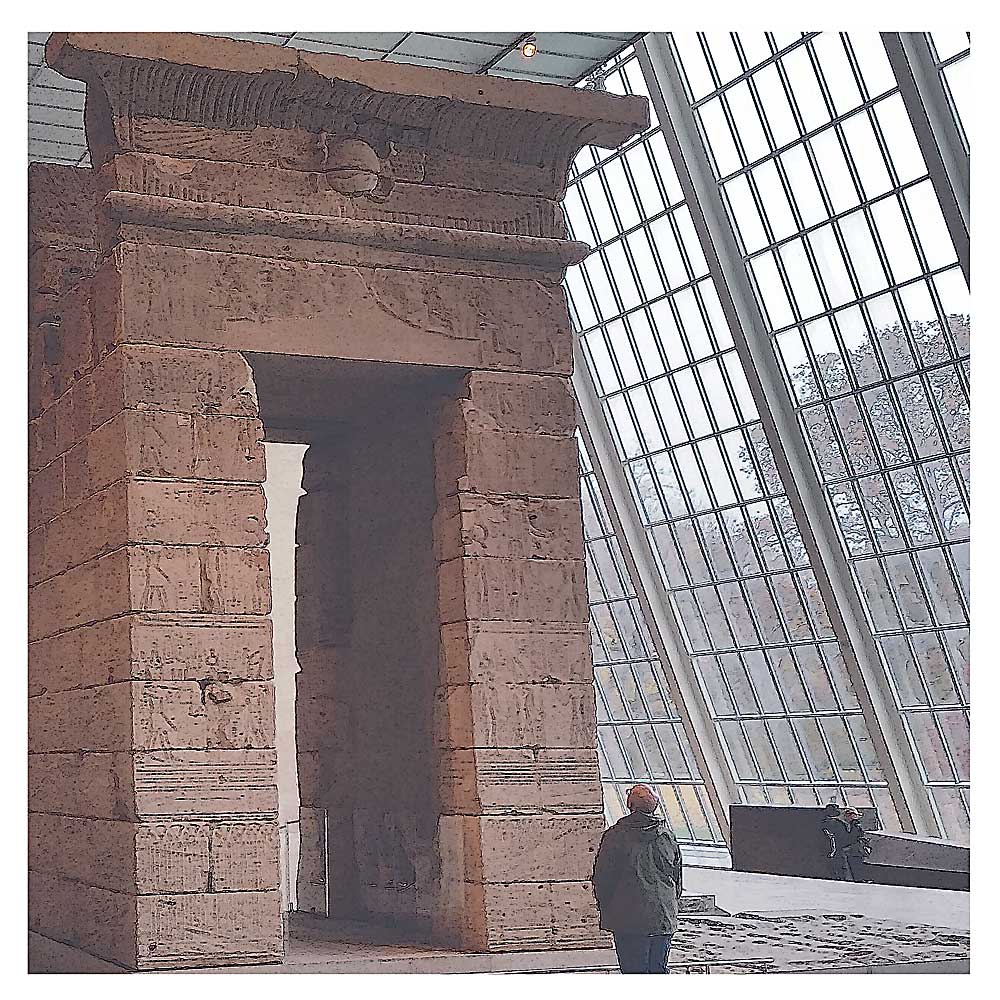 Museums, let’s face it, tend not to be good at marketing their product. This envelope contained a membership pitch. Is “Experience it all. Again. And again.” supposed to whip me into a frenzy of art lust? Or is it supposed to be ironic?

Who knows? But all it actually does is make me as weary as Madeline Kahn’s character in Blazing Saddles (she’s been with hundreds of men, again and again).

Shaky times at the Met 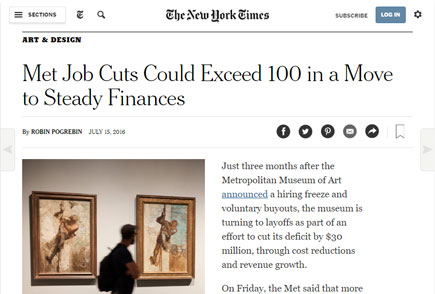 After a $3 million rebranding that was “widely derided,” the Met is cutting some 100 jobs (following voluntary buy-outs). Facing tens of millions of dollars in deficits, director Thomas Campbell plans to rack up profits through what we all know is the easiest possible way: “We are putting greater emphasis on our publications.”

The Met rebranding was supposed to make the museum look more contemporary. Yet it bears a striking resemblance to the Metropolitan opera logo from about forty years ago. Back to the future?

In London in December 1598 a group of actors and other theatrical professionals, part of a company called the Chamberlain’s Men, armed themselves with “swords, daggers, bills, axes, and such like.” In the bitter cold they waited for nightfall in the northeastern suburb of Shoreditch, “a disreputable place, frequented by courtesans.” Their target was an abandoned entertainment complex called The Theatre, where they had performed for several years until being barred by their landlord over political and financial disputes. Now, under cover of night, they systematically disassembled the theater and transported its timbers to a warehouse by the Thames. Within months they would use them to build a new theater south of the river.

But what to call it? The group felt the need to rebrand. Competitors had sprung up all over town. The generic name “The Theatre” would no longer distinguish the company. Their creative team, which included the shareholder, playwright, and actor Will Shakespeare, set to work. The name they came up with was “The Globe.” It would be “a wide and universal theatre.”

What made the globe such a compelling brand at the turn of the sixteenth to seventeenth century? For one thing, it was during this period that the world became truly global in the sense that regular trade — of ideas as well as goods — connected all of the inhabited continents. Thanks to the new maritime traffic, adventurers, diplomats, traders, and missionaries spread throughout the world. Among them was a group of Jesuits who gained access to Ming China. The most famous of these was an Italian, Matteo Ricci, who arrived in Macau in 1583, established connections with Chinese literati, and lived in that country until his death in 1610 (when Shakespeare was working on The Tempest).

China had once explored the far reaches of the world in giant ships under the direction of the eunuch Zheng He, but the Chinese had concluded that there was little in distant parts that was up to their standards, and they had officially curtailed such oceanic expeditions. An illicit maritime commerce based in south China was winked at, but it extended mainly from Southeast Asia to Japan, leaving much of the world unmapped by the Chinese. So Ricci and his fellow Jesuits armed themselves with celestial and geographic knowledge derived from the new scientific developments and explorations of the Europeans.

The European astronomical refinements impressed the Chinese, whose emperor derived authority from the “mandate of heaven.” With the long-lived Ming dynasty showing clear signs of decay, it was worth scrutinizing the skies more carefully for augurs of change. Not only that, but the distant world was increasingly knocking on Chinese doors. The Portuguese had been first, but now the Spanish had become involved through their outpost in the Philippines. Even upstart nations like Shakespeare’s Britain were starting to dip their toes in distant waters. Who were these barbarians with their great ships?

Ricci found a keen audience for his geographic knowledge. In 1584—when Shakespeare was twenty and learning his trade—Ricci, with the help of Chinese colleagues, produced a large woodblock-printed Chinese-language map of the entire world. It was an extraordinary achievement that eventually came even to the attention of the dissolute and reclusive Ming monarch, the Wanli emperor. Ricci was called to the capital, where, in 1602—around the time Shakespeare was writing Twelfth Night, Troilus and Cresida, and All’s Well That Ends Well—he created an even grander and substantially updated map. It incorporated Asian knowledge of the world obtained from Ricci’s Chinese colleagues as well as new geographical information that had arrived from Europe.

END_OF_DOCUMENT_TOKEN_TO_BE_REPLACED 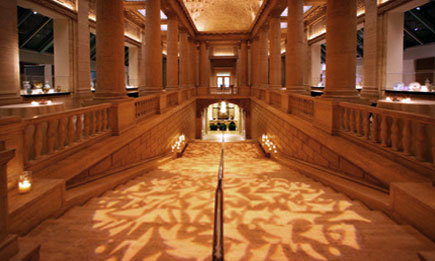