What if some well-known American writers had become wordle poets? I fed six poems into the machine and accepted the default output (except in one case where I rejected a black background).

1. “The Conqueror Worm,” a wordle poem by Edgar Allen Poe

2. “I Died for Beauty,” a wordle poem by Emily Dickinson 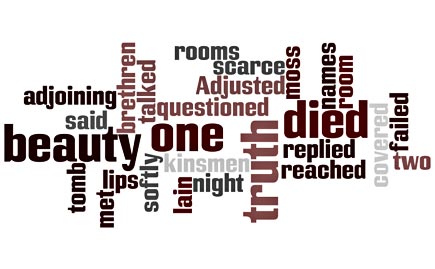 3. “Thirteen Ways of Looking at a Blackbird,” a wordle poem by Wallace Stevens 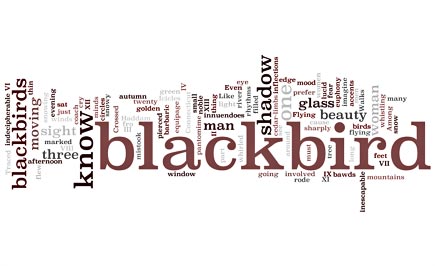 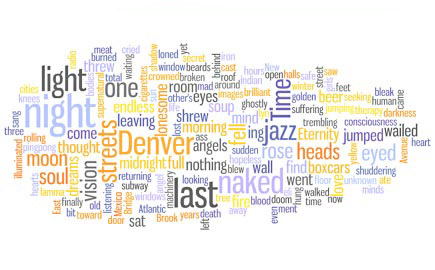 5. “A Form of Women,” a worlde poem by Robert Creeley 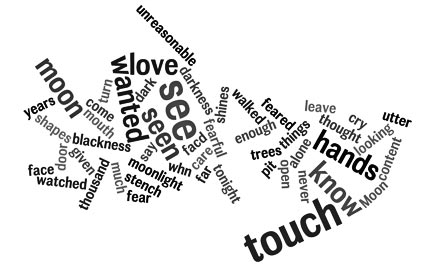 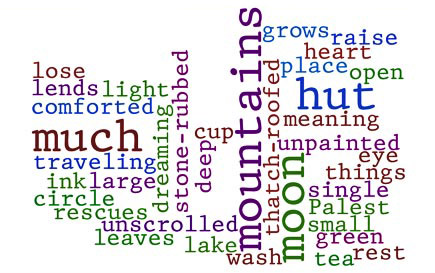 There you have it — it’s clearly a movement!

To see the original forms of these poems you will have to paste the titles in your favorite search engine. Or — recalling the deathless words of Kenneth Rexroth Patchen, “People who say they like poetry but never buy any are cheap sons of bitches” — you could buy a book.