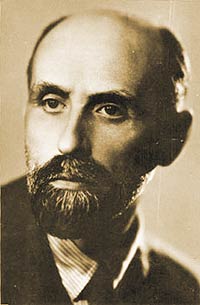 Juan Ramon Jimenez, that’s who. And the Sisters of the Holy Rosary aren’t too happy about it.

Sister! We stripped off our ardent bodies
In endless and senseless profusion …

Sister Pilar, are your eyes still so black?
And your mouth so fresh and red?
And your breasts…? How are they?

She would seek shelter in a corner, like a cat …
but her nails were sweeter than my kisses …