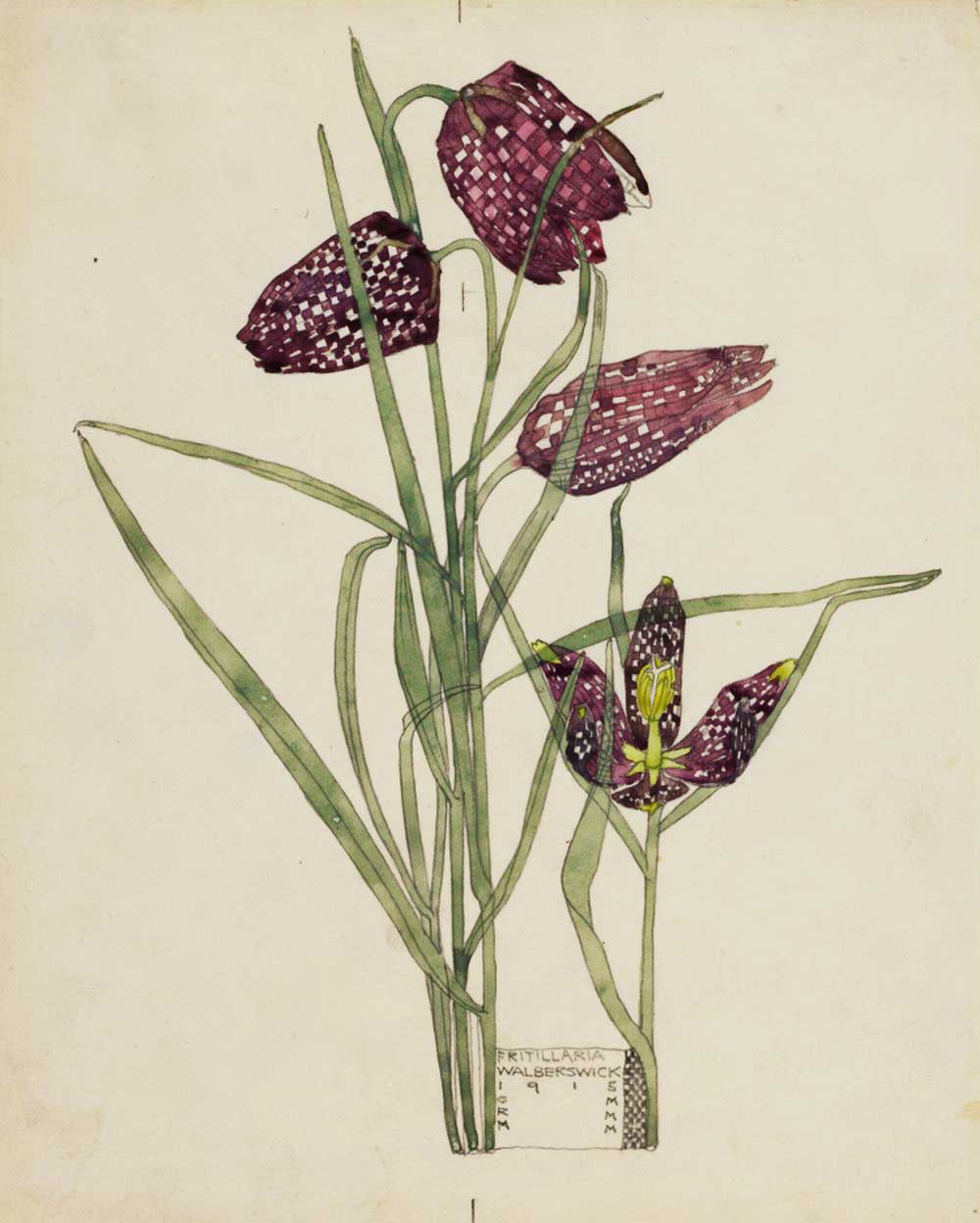 Art is the Flower. Life is the Green Leaf. Let every artist strive to make his flower a beautiful living thing,something that will convince the world that there may be, there are, things more precious more beautiful — more lasting than life itself.
— Charles Rennie Mackintosh, from “Seemliness” (1902 lecture)

It’s interesting to compare this botanical watercolor to The Great Piece of Turf, by Albrecht Dürer, which I wrote about recently. Despite the four-century difference, both artists enhance their botanical subjects by placing them against plain backgrounds. Macintosh’s work, however, makes his subject more of a specimen than a part of a larger ecosystem.

The Macintosh work also seems more stylized, with the depiction of the fritillaria blossoms rendered in a grid pattern, which is repeated in his signature. And so it is, but fritillaria (a genus of bulbs, part of the lily family, that are native to West Asia; I don’t have this in my garden) really does suggest such a pattern. Mackintosh had a kind of genius for synthesizing the organic and the geometric. 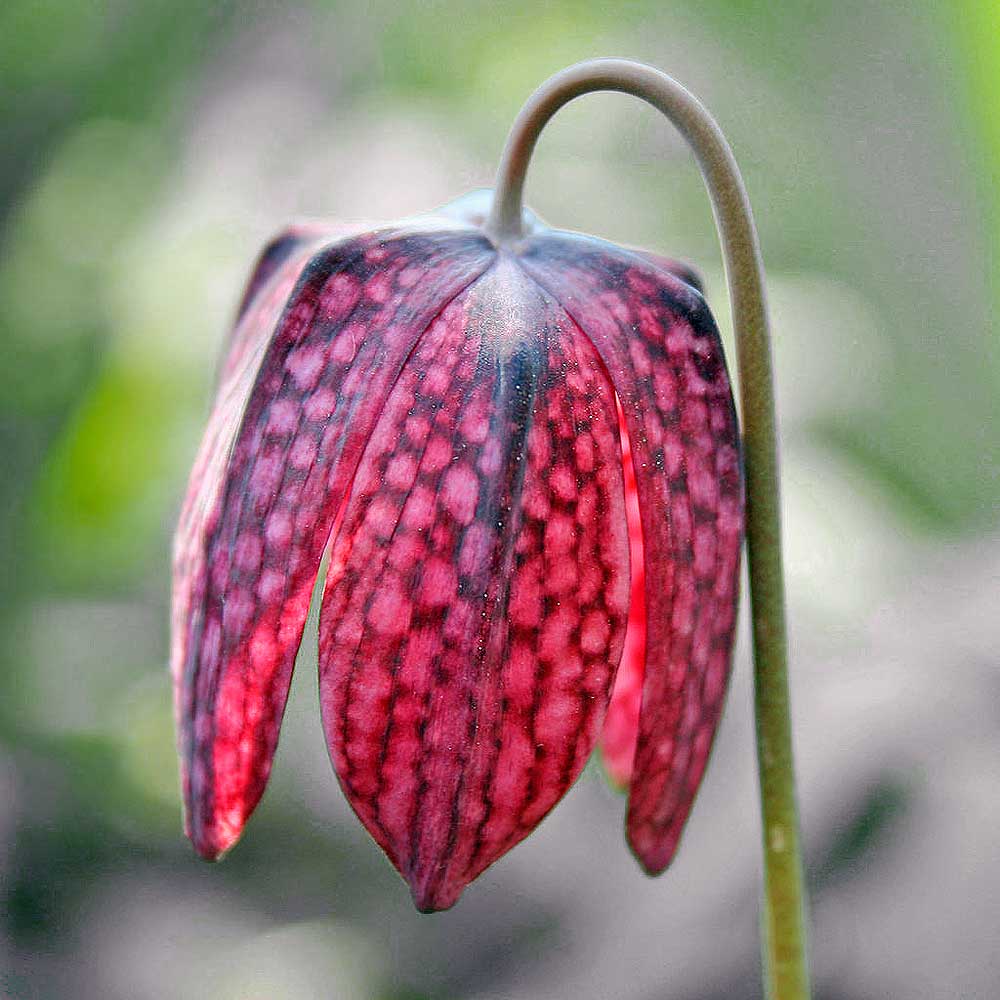 Probably best known as an architect and designer, a force behind Art Nouveau and Secessionism, Prone to depression, Mackintosh became disillusioned with architecture and focused increasingly on watercolor paintings in his later years (he was about forty-seven when he painted “Fritillaria,” but would live only another thirteen years). This painting was made in Suffolk, where Mackintosh was briefly arrested on a charge of being a German spy. The next year he moved to southern France, together with his wife, Margaret Macdonald Mackintosh. There the couple were happy, until Mackintosh was forced to move to London for treatment for throat and tongue cancer.

There is a good summary by Katherine Tyrrell of Mackintosh’s work as a flower painter at the art blog Making a Mark. It includes a useful starter bibliography.