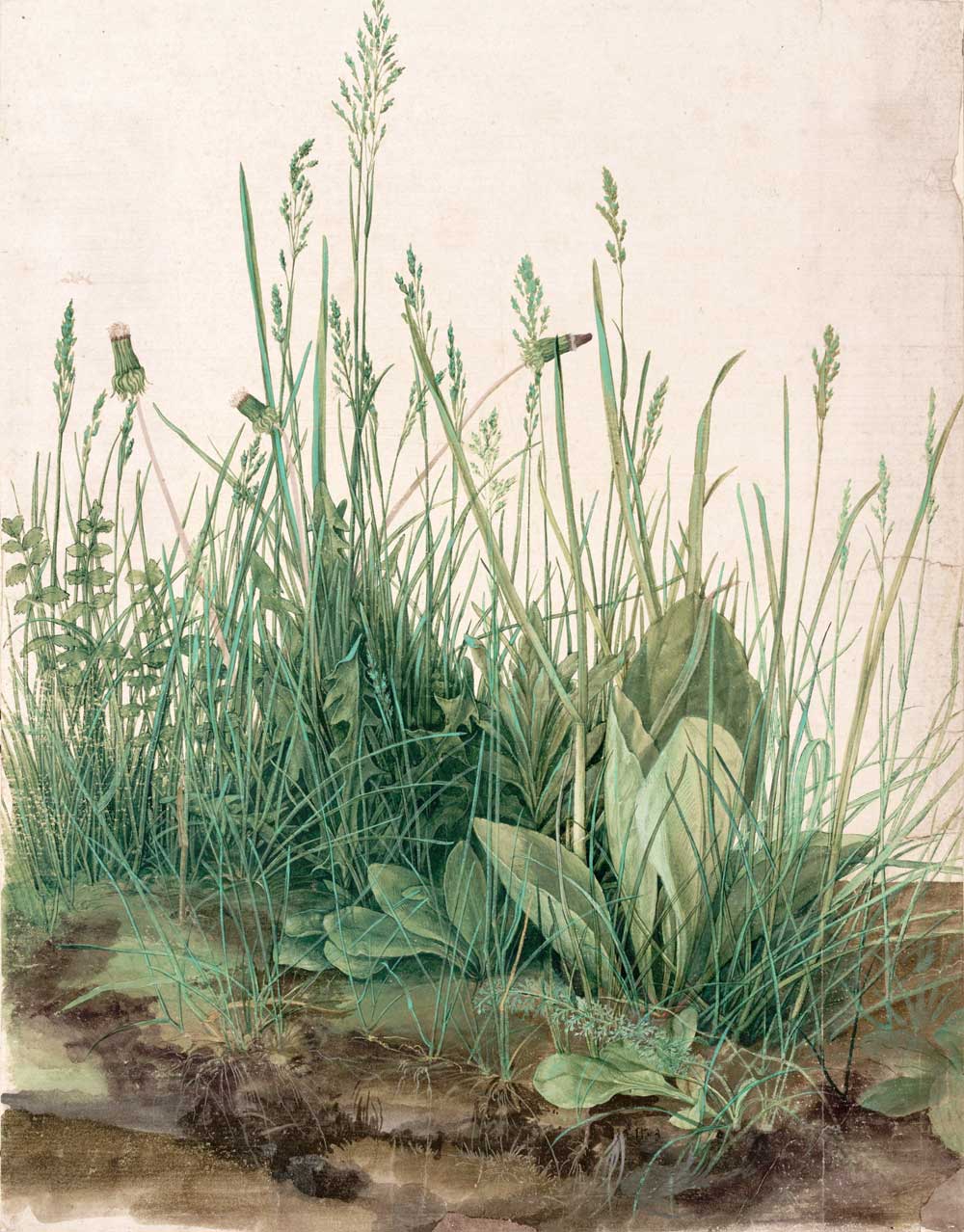 While Dürer’s renderings are triumphs of realistic observation, similar to watercolors in a botanical handbook, they are not here mere specimens (although Dürer does give us rather scientific a view of some of the plants’ roots). Instead, they compose a small ecosystem. Each blade or leaf is not an idealization of its type, it is an individual. Moreover, the painting is composed in a brilliant but subtle way — so subtle so that some have argued that the painting is simply an observation of nature and not a composition at all (which is nonsense). The eye is led skyward from a tangle of detail at the bottom, and the plants are set off against a featureless background that calls attention to them as a group.

The almost photographic point of view was radical at the time, as the scholars in the video below point out. In it Beth Harris also observes that the painting contains an amazing range of green hues, something that is not so often remarked upon. I love this painting, one of the masterpieces of the Northern Renaissance.