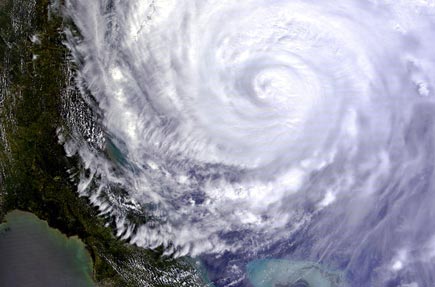 How does a hurricane move? It “barrels” and “churns,” to judge from the most popular verbs. “Lumbers” is the oddest verb choice, yet it is used rather often, I guess to convey a large scale (hearing it on the radio this morning led me to this investigation). But can a hurricane really “march”? I guess that’s to show inexorability. Can it “aim”? Here’s just a small sample of today’s journalistic prose at work.