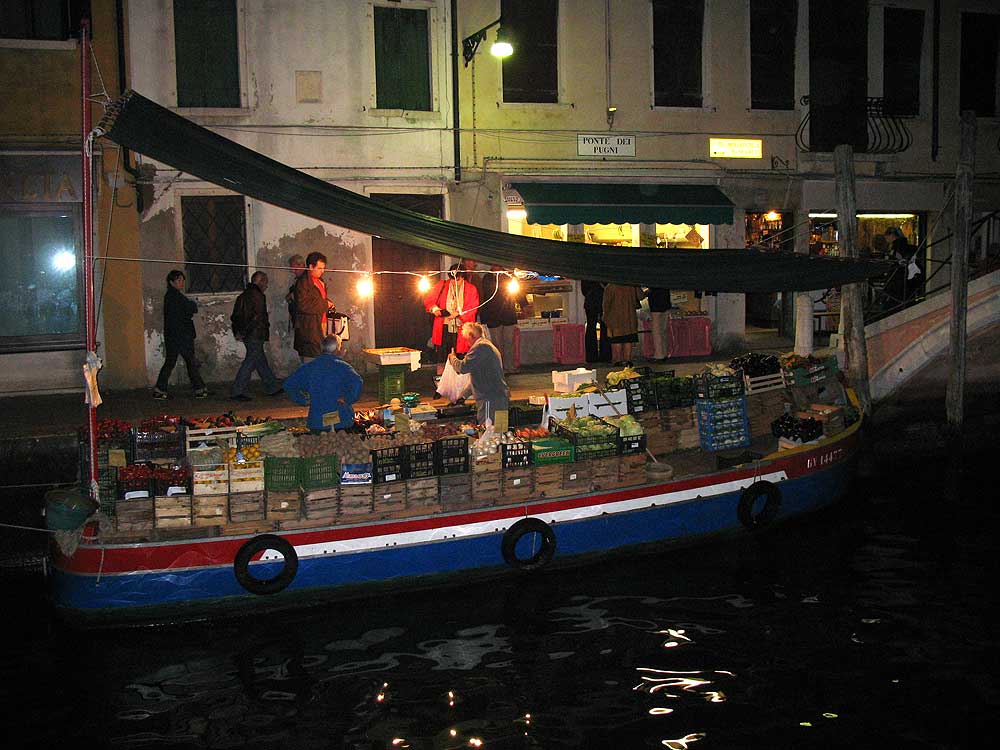 So convenient to pop down to the canal and pick up a few fresh fruits and vegetables.

The nearby bridge is called the Ponte dei Pugni (Bridge of Fists) because until the early eighteenth century the rival Castelloni and Nicolotti clans would meet in the middle of the bridge for fisticuffs. The losers would be tossed over the side of the bridge into the canal.

The bridge spans the Rio di S. Barnaba in the sestiero of Dorsoduro. The Church of San Barnaba, which gives the canal its name, appeared in the movie Indiana Jones and the Last Crusade, where its Paladian facade was supposed to be that of a library where Jones’s father disappeared. The church was rebuilt several times. The present version, from the mid to late eighteenth century, is by Lorenzo Boschetti. Its campanile, however, is one of the oldest in Venice, probably dating from the twelfth century.