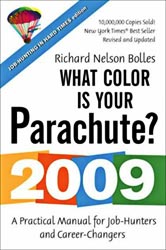 Ten Speed Press, a mainstay of Bay Area Book Publishing for nearly forty years, has been sold to Random House, which means it is now part of the Germany-based megacorporation Bertelsmann AG, which is the world’s single largest owner of book publishing companies. This continues the long trend of independents getting swallowed by international entertainment conglomerates.

Ten Speed’s most popular titles include What Color Is Your Parachute and The Moosewood Cookbook. According to a report in the NYT, Ten Speed will retain its editorial staff — Phil Wood will be publisher emeritus — but there will be layoffs in the warehousing and distribution operations. If past experience with such sales is any predictor, for a while the company’s editorial program may seem little changed, but sooner or later it will lose its distinctive character.

Phil Wood says, “I am confident Ten Speed Press, the Company I founded and have owned for almost four decades, will thrive under Random House, whose highly professional people are committed to, and fully understand, publishing.”

Should publishing be open?