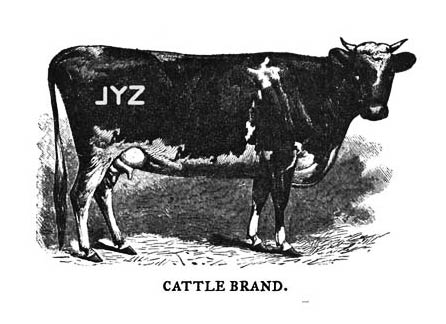 Among the words I’d like to retire, toward the top of the list would be branding. It’s not, of course, that I’m opposed to marketing, or creating a coherent and persuasive product or company identity. Helping products find appropriate audiences is good for everyone; in the book world, you don’t want books going out to all kinds of wrong places and then having them all come back a couple of months later as returns.

But focusing on branding can deflect attention from the products the brands are supposed to support. Branding has become so much a part of the contemporary ethos that its metaphorical origin as a stamp to identify cattle headed to the slaughterhouse has been forgotten. As brands become more important than products, we are more and more selling the idea of things rather than things themselves. (Naomi Klein has written about this in No Logo: Taking Aim at the Brand Bullies.)

What I most hate about “branding” is the magical thinking it represents. Marketers and their clients believe that if they can get the brand just right, all their problems will miraculously disappear. NeurocyberSeo puts it well: “Branding is the corporate equivalent of sex, drugs and rock-‘n’-roll — a shortcut to all that seems good. Companies look at the rewards from branding sneakers, fizzy sugar water and coffee and say, “me too!” Advertising and PR agencies no longer promote or increase visibility — they ‘brand.'”

Recently I heard the head of marketing at a cultural institution complain about surveys that showed a lack of general awareness of his institution in its local community — it just wasn’t on enough folks’ radar. His proposed solution? A $500,000 “brand study.” In other words, he was proposed spending half a million dollars before actually doing anything to actually address his problem. I say that for $500,000 he could give $10 to 50,000 people in his community on the condition that they visit his institution and mention it to two or three friends. Not only would the word-of-mouth do its thing, but the giveaway itself would raise attention. I’ll bet his institution would be on a lot of tongues in no time.

But no. The magic power of “branding” will cause that money to be spent on a study, which will then be analyzed for action points, and then more money will be spent to implement them, with the result that awareness of the institution will increase by 10 percent or whatever a reasonable return on that kind of initiative is. The whole project will be a net loss. But the institution will point with pride to its refined brand.

And then it a few years it can begin the next phase: “rebranding.”

So adult it smarts