Eighty-eight-year-old Sally Heriot lives in this one-bedroom apartment in a retirement community in Palo Alto. To live here she paid a nonrefundable entrance fee of $180,000 in 1991, and she has paid monthly fees of $2500 to $3500 since. In addition she pays for 24-hour private aides to assist her with tasks that have become difficult for her to manage. (San Francisco Chronicle photo by Christina Koci Hernandez) 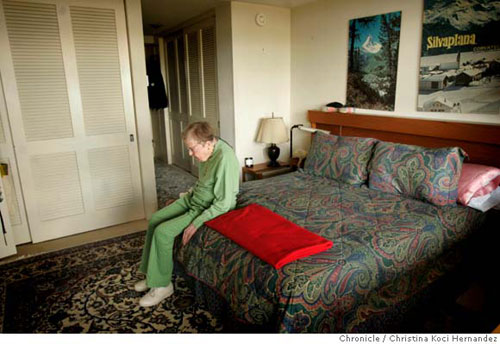 Administrators at the facility, however, want to move Sally into a “room” like this one (Photo by Robert Herriot, appeared in the SF Chronicle): 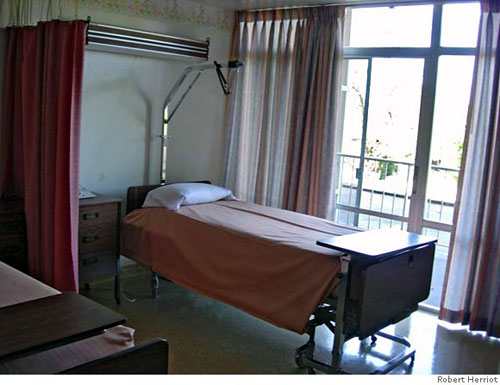 The administration says Sally will get better care in the “assisted-living unit.” She and her son dispute that, and they have hired lawyers to fight the move.

Good luck to you, Sally Heriot!

(via the San Francisco Chronicle)