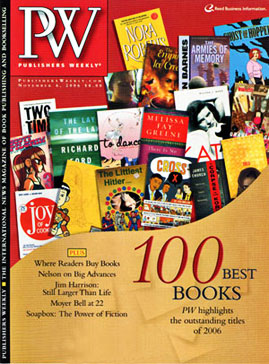 Here’s your chance to prove your commitment to print. Purchase (the increasingly pointless) Publishers Weekly, Library Journal, or School Library Journal, all of which are on the block. Pay no mind to the fact that the information these magazines contain is now largely available on the internet.

“In a related announcement, Tad Smith, CEO of RBI US, has resigned.”

According to the Magazine Publishers of America’s 2007 American Magazine Conference Awards, that is. This Texas Monthly cover won for “best coverline.” 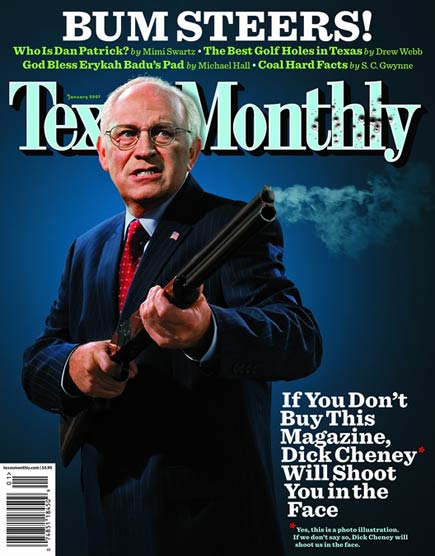 Dani Rodrik cites a new paper by Glenn Ellison that appears to show that top academics are publishing fewer scholarly papers in specialized and general interest journals. These writers, like many others, have discovered that on-line publishing is an easier means to reach a larger audience more quickly than print publication.

The interesting aspect of this is that it is truest of the authors with the most prestigious affiliations. Such authors do not need the validation of print. In this context, the trend is for print publication to function increasingly as a farm system for the second-tier authors.

Are we seeing a similar phenomenon in the literary world?

IN RELATED NEWS: Academic book publishing on the decline.