Better dot those i’s and cross those t’s! 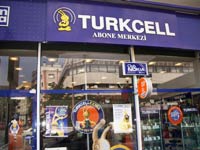 Why? Well consider the case of Emine and Ramazan Çalçoban. Theirs was a fatal love affair. But it was hardly Romeo and Juliet.

In the beginning all was sunbeams and roses for this young Turkish couple. But then things started to go bad, and get worse, and finally they separated. A flurry of e-mail incriminations followed, and finally Ramazan in frustration complained to Emine, “You change the topic every time you run out of arguments.”

Unfortunately, Emine’s cellphone didn’t have available the dotless i character that was needed to properly read Ramazan’s s‘k‘s‘nca(run out of arguments); instead, she read the word in his message as sikisince, forming the sentence “You change the topic every time they fuck you.”

And that’s the message Emine showed to her father, who immediately called Ramazan and accused him of calling his daughter a prostitute. When Ramazan hurried over to apologize, he met an entire family armed with sharpened knives. Ramazan was seriously wounded, but he struck back, killing Emine; later, he committed suicide in jail.

via Gizmodo
(image borrowed from this page)

A rather difficult font game