1616: The World in Motion accepted for publication 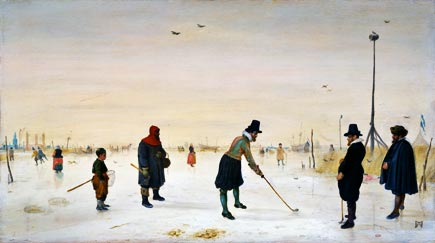 Now that I have a preliminary commitment from a publisher I feel I can finally talk about my new book, tentatively planned for publication in fall-winter 2011 from Counterpoint Press. It’s basically a global history of the world in the year 1616.

Why 1616? In a way the year is more or less random, and looking intently at any one year would probably turn out to be interesting. But 1616, though in some ways more of an average year than an earthshaking one, falls right at the cusp when the world was teetering toward modernity. With a regular trade now established between Asia and the Americas via the Pacific the final piece in a true global economy was in place. Obviously I will have more to say on this topic.

The image above is by Hendrick Avercamp, a Dutch painter specializing in ice scenes. 1616 fell during the global cooling called the Little Ice Age. That cooling was a factor leading to the destabilization and fall of China’s Ming empire. I could go on …

Great opening paragraphs: The Confusions of Pleasure by Timothy Brook